An article by David Neal (Director), The Eighth Mile Consulting:

In 2017 I medically discharged from the Australian Army due to a myriad of injuries that were gained throughout my time in the Infantry Corps. This is not unusual or special in any way, in fact it is quite a regular occurrence for serving members to medically discharge due to their service caused injuries.

Where my story diverges from the norm is the way that I ultimately addressed the problem surrounding my chronic injuries, and the way in which my team and I are now trying to give our precious findings back to our Veteran community, and provide them with a solution that might help them win their battles.

Throughout my career I had dealt with my injuries in the same way nearly everyone in the service does, by popping Ibuprofen and Panadol like they are tic tac’s, overshadowed by a deep love for beer, bourbon and scotch. 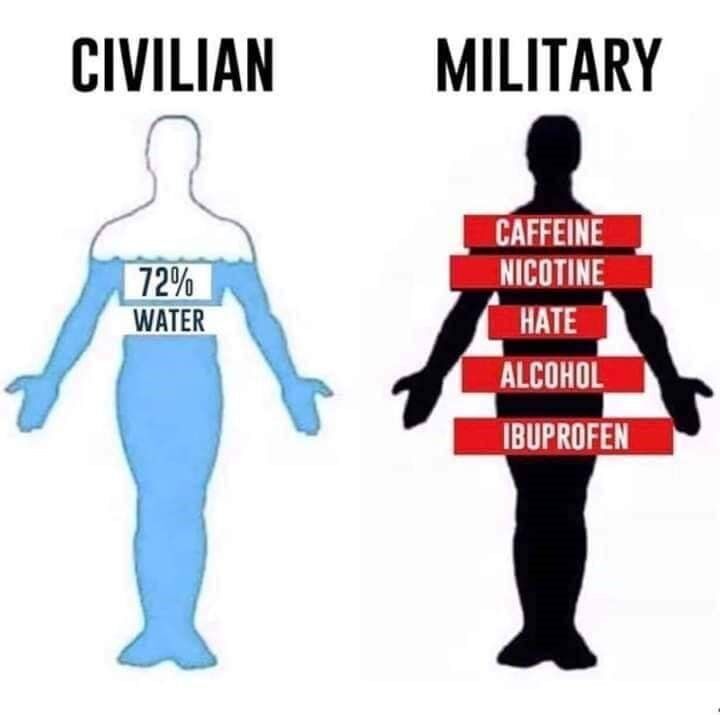 Now I can’t take credit for the meme but it’s pretty close to the mark.

Over time as the number of broken bones and joints grew as did the need for stronger solutions with an emphasis on Codeine and Opiate solutions. Over time my willingness to use these drugs increased ever so gradually until they became virtually useless, but still left all the negative symptoms such as lack of concentration, dizziness, shortness of breath etc. Simply put, it was not a solution that would work long-term without having serious risks on my health and a high likelihood of developing addictions, or as a minimum a very unhealthy reliance.

When I was finally discharged, I approached my doctor to start developing sustainable longer-term solutions. I was fortunate enough to have access to some incredible medical physicians who were contemporary, understood military issues, were open minded and solution driven. After numerous discussions, the topic of medicinal cannabis was raised in its capacity as a possible solution for chronic pain. This was a bit of a shock to me after having come from a no tolerance community and having been directly responsible for kicking many people out of the Army for their use of recreational cannabis. I would be lying if I also said I was not worried about the judgement of my peers who were currently serving in the Defence force at the time, and would have very little first-hand knowledge in this space.

In any case, there wasn’t a great deal of other alternatives on the plate. I had already had all the nerves fried out of my spine and neck with very little success, with a larger number of surgeries on the way. I really didn’t have anything to lose.

I invested significant research to see if medicinal cannabis had helped other Veterans in similar situations, and it had. Veterans can be very ‘clicky’ sometimes and we often like to speak to our own before we make decisions. I was fortunate to have discussions with a large number of veterans who had also gone the black-market route, utilising recreational cannabis for its pain killing properties. Some of these individuals had experienced remarkable improvements in their physical and mental health as a result of their actions. I had seen the improvements from the outside looking in.

As it was, I was the first to go through the legal prescription process which was a little clunky due to the immaturity of the medicinal cannabis industry at the time, overshadowed by a clunky government legal approval system (TGA). But once through, I was blessed with a solution that not only turned my pain off (yes, off) but also allowed me to stay more coherent, sleep through an entire night (I couldn’t remember the last time I had done that), and generally feel better all round. This was life changing to say the least. My relationships started improving, my moods and confidence improved, and I started feeling younger again. It was a significant jump in the right direction.

The problems I had though was that it was exceptionally expensive ($400 per month, AUD), it tasted disgusting (I can deal with that) and was a difficult administration process to navigate to get there. Another issue was the type of medication one might take; a quick slip of the lips and an individual might agree to a THC (Tetrahydrocannabinol) & CBD (Cannabidiol) solution as opposed to a CBD only solution, resulting in a loss of one’s driving licence. The most difficult thing was trying to have it accepted by the Department of Veteran’s Affairs who can be a very slow-moving and bureaucratic beast.

My team and I decided that something needed to be done. We needed to:

A. Educate other veterans about how effective this was as a solution

B. Warn others about the dangers associated with Codeine, Opiate and Alcohol

C. Provide a platform for veterans to become better educated

E. Provide the best chance for veterans to have their prescriptions subsidised by the Department of Veterans Affairs

F. Most importantly, remove the victim persona that follows the veteran community like a plague

After a significant amount of searching we finally met the team at MedReleaf Australia who were willing to team up with us in developing a platform that would make the product better understood, and easier to source (pending the suitability for the individual). In doing so a partnership was formed. We had also met some not so desirable companies in our journey that were clearly focused on using veterans for the sole purpose of making a ‘quick buck’. The MedReleaf Australia team were considered, caring and compassionate about providing a service where it will get best effect and provide care to the people that had fought on behalf of the country.

Since that time a significant amount of research has been invested into ensuring the currency of information in an industry that is currently flying by the seat of its pants. We have also implemented a ground up build of the ‘Releaf for Veterans’ platform which will enable veterans to simply start their journey by visiting a website. Simply put, the Releaf for Veterans platform will allow veterans to be provided with an alternate and easy to navigate solution if it is applicable to them.

In memory of the veterans we have served who struggle with physical and mental injuries due to their service, we have decided to launch the platform on 11th November (Remembrance Day).

I hope that it in some way this project will both practically and functionally help our community of veterans for which I am proud to have served with, and I owe so much to.

Thank you for reading.

I am exceptionally proud of my team at The Eighth Mile Consulting for their professionalism, tenacity and dedication in delivering this project on time and on budget. Amazing work.

Previous Podcast: Survival is not compulsory
Next Homelessness amongst Australian veterans: summary of project findings